Back to Top Button 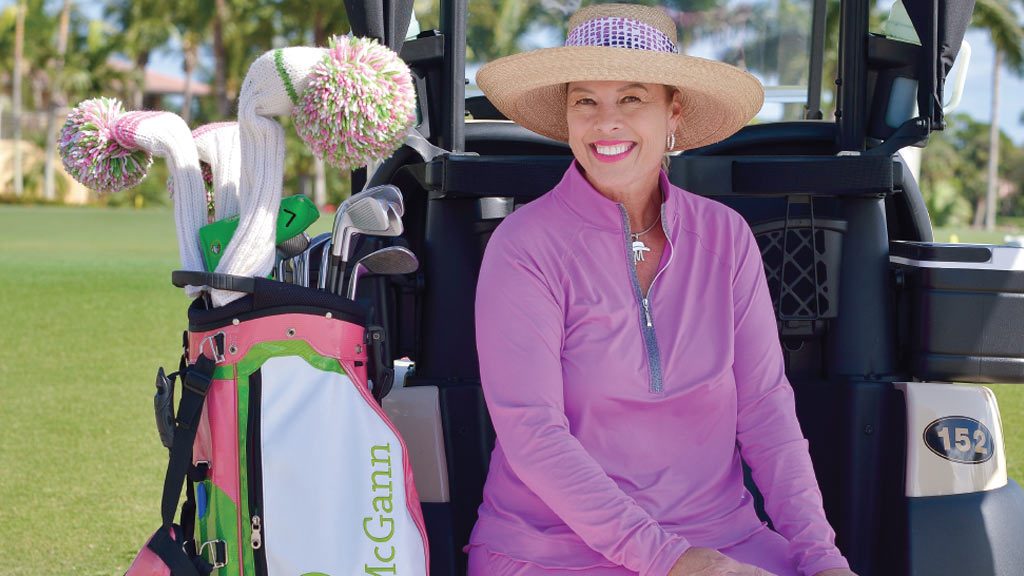 When Michelle McGann was merely 13 years old, she was diagnosed with type 1 diabetes. It wasn’t the greatest news for a young girl with grand sporting aspirations to hear, but it became her biggest motivator to push herself and settle for nothing other than greatness. Upon learning about her condition, young Michelle only had one question in mind: “Can I still play golf?” She played, she excelled, and she made a name for herself in golf against stifling odds. Her three-decade-long professional journey has taken her to many places near and far, but in the end, all her roads lead back to Palm Beach County, where she grew up and where she currently resides. Aside from her continued participation in golf tournaments, Michelle now dedicates herself to helping children and adults that suffer from diabetes in her own way and through her own device.

Michelle was born in West Palm Beach to Bernadette and Bucky McGann who exposed Michelle to the competitive sports lifestyle early on.

“I am proud to be a native Floridian and Palm Beach ‘lifer’,” explains an energetic Michelle. “Between the warm weather, the ocean, and the people, there’s really no better place to be. It’s really no secret why so many golfers choose to live anywhere from Boca to Jupiter full-time.”

She followed in the footsteps of her father Bucky, who was a “scratch” golfer at the time, and took Michelle out to the golf course for the first time when she was seven years old. Michelle recalls the smell of the fresh-cut grass, the feel of the breeze combined with the sunshine on her skin, and the sense of accomplishment rendered when the right swing of the club made the ball take flight, all while bonding with her dad. Michelle also played softball until age 12, at which point she was unfortunately injured in her eye during a game, and subsequently went through a series of eye operations.

“After that, it came down to figuring out which way the muscles [in my eyes] needed to work,” points out Michelle. “I knew I wasn’t going to be a pilot or a tennis player, and for the way my eyes needed to work together, softball was not something I could make a career out of. So, that’s when I decided to concentrate fully on golf. I thought maybe, just maybe, that could be what I wanted to do with my life.”

And just as Michelle’s talent began to develop came her diabetes diagnosis, which was a complete game-changer, as Michelle puts it. Luckily for her, she found a strong support system in her parents and her brother, which reinforced her resilient ambition to turn her swinging skill into a possible profession.

The first five years following her diagnosis were tough for Michelle—her gums swelled up; she had to take constant trips to Canada for special treatments; and she also found herself having to go to the hospital on a regular basis with one of the visits involving a kidney biopsy.

“The biggest misconception about diabetes is that you ‘just take insulin’ and you’re fine—God, if only it were that easy!” exclaims Michelle. “It’s a constant battle figuring out how much insulin you need, what type of exercise you can do, and what kind of food you’re going to eat that day to balance your blood sugar. There are so many different variables with each person; what might work for me could be downright dangerous for another. When it comes to playing golf, it simply cannot be done with low blood sugar because your energy and focus are completely off.”

But with a few adjustments in her diet, the proper medication, and a diligent self-monitoring process, Michelle powered through any type of constricts in her progress and began playing in golf tournaments—to which her skill level escalated with each competition.

While attending Rosarian Academy all-girls prep school in West Palm Beach, she became a threetime Florida State Junior Champion. Michelle then had a breakthrough year in 1987 when she became the U.S. Girls’ Junior Champion, was named the American Junior Golf Association (AJGA) Rolex Junior Player of the Year and a Rolex Junior First-Team All-American, and was ranked Amateur of the Year by Golf Digest and Golf Magazine. The following year, Michelle won the Doherty Cup Championship title and also partook in the U.S. Women’s Open as an amateur. Then, upon graduation, 18-year-old Michelle made a bold decision. She had been accepted to the University of Miami, and although wanting to stay close to home and be in a place where proper medical care was available sounded ideal, the pro golf life beckoned. She ultimately decided to join the LPGA Tour in 1989 without so much as a backward glance.

“I bypassed my scholarship and decided I was going to turn pro,” gleefully notes Michelle. “I qualified to play in the LPGA tour on my first attempt, and the rest is history—almost 30 years later, here I am, still a member.”

A standout for her signature wide-brim hat and protracted drives, Michelle made an impact in the LPGA tournament with seven championships throughout an illustrious career. She also won the Takara World Invitational on the LPGA of Japan Tour and participated in two prestigious Solheim Cups. Michelle has played alongside some of the greatest golfers in history, in addition to numerous celebrities and influential sport figures. As far as memorable moments in the fairway and green, Michelle cites playing a singles match against (and beating) England’s Laura Davies during the 1996 Solheim Cup, which took place in Wales, as a definite highlight. “We were looking like we had no chance to bounce back,” says Michelle. “Nobody wanted to play her (Davies) because she was, at the time, the best player in the world. But we got matched and by the time we reached the 16th hole I was one up with three to go. I hit this 3-wood on a par-3, and it was one of the best shots I’ve ever hit in my career. I was 230 yards from the hole, and that ball landed four feet away from it.”

Michelle recounts that Davies then missed the green, missed her chip, and ended up conceding the hole, which Michelle won with a birdie to pave the way for her 3-2 match victory. The Palm Beach girl who fought tooth and nail through diabetes had beaten the best in the world, and not only that, her performance inspired an unlikely comeback that allowed the U.S. women’s team to retain the Solheim Cup that year. “It created a domino effect that helped us win,” concludes Michelle.

There are many golfers who saw Michelle compete in her prime years that have commented that her career would have consisted of many more wins and titles had it not been for her condition. To this, Michelle smiles and shrugs.

Michelle is currently active in many different tournaments stemming from the LPGA Legends Tour.

Michelle’s own struggles to lead a normal life as a diabetic and golfer inspired her to “pay it forward” by championing diabetes education and research to help the community at large. In 2012, she and her husband, Jonathan Satter, formed The Michelle McGann Fund (MMF), a 501(c)(3) charity focused on diabetes awareness, as a direct platform to contribute to the cause. The organization’s mission is to support diabetes education and awareness, as well as provide grants for medication, support programs, and diabetic equipment for those in need today.

“I was very lucky and feel very fortunate to have received the help I did when I was younger and even to this day, so I’m passionate about doing my utmost to help others,” notes Michelle.

The MMF hosts The Michelle McGann Classic, an annual, open-byinvitation golf tournament which, in fact, Michelle had previously hosted a few times in the mid-’90s but had to phase out due to pressing golf commitments. The tournament is now held annually with all proceeds benefiting the MMF, and this year will mark the Classic’s fifth consecutive installment since its reboot. Michelle states that the tournaments have sold out each year, which has enabled her and her husband to satisfy one of their biggest initiatives, which is to send children to Camp Coral Kids, a day camp exclusively for diabetic children in Coral Springs.

Making an impact and setting an example for those who walk in her shoes is one of Michelle’s daily goals. While playing in a recent Pro-Am tournament, Michelle learned that her playing partner’s 11-year-old granddaughter had diabetes… and wants to be a professional golfer. After the game, Michelle requested the little girl’s address and sent her a T-shirt, a picture, and a wide-brimmed hat like one she had worn through many a competitive round to keep the sun away from her face.

“My hope is that her grandma shows her the picture and she thinks to herself: ‘This lady did it. She has what I have but she played golf and she succeeded,’ and that it inspires her to follow her dreams.” 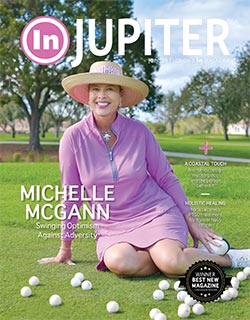